Enter the Dreaming again as the blockbuster audio adaptation of “the greatest epic in the history of comic books” continues in The Sandman: Act II. James McAvoy returns to voice Morpheus, the Lord of Dreams, in this sequel to the number-one New York Times audio best seller. Journey into a world of myths, imagination, and terror based on the best-selling DC comic books and graphic novels written by Neil Gaiman (returning as the Narrator), and lose yourself in another groundbreaking, immersive drama adapted and directed by the award-winning audio master Dirk Maggs. Music by James Hannigan.

©2021 DC. All Rights Reserved. The Sandman and all related elements are trademarks of DC Comics. 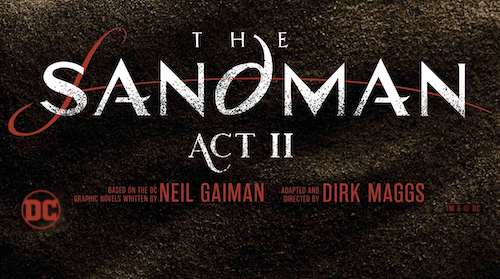